There are so many different types of men’s underwear, choosing the best style for you is not necessarily the most straight-forward task. And wearing the wrong pants can just as easily spoil your day. All that squirming and itching is very uncomfortable.

The dilemma is knowing where to start your search. Of course, we reckon you have come to the right place to find out. Our aim is to build the best website for men’s underwear, where you will discover most popular styles, so we think we know a thing or two about how to choose the best male underwear styles.

The men’s brief is something of a catch-all title (and, as we will see, a bit of a catch-all style too!). As well as the modern brief – think of a Cristiano Ronaldo or David Gandy photoshoot – the term also includes hipsters and the contemporary take of the Y-front (yes, they still exist). But they all, essentially, do the same job.

Made from stretch cotton, or its silkier cousin modal, with a touch of elastane in order to enhance definition and add extra comfort, with the brief, the cut and styling are key. Designed so the leg hole curves up towards the top of the thigh, this is perfect for the man with bigger thighs, as there is no likelihood of the fabric bunching (this is both unsightly and uncomfortable). But also, if you’ve been working on those thighs in the gym, the brief is the perfect vehicle for showing them off to best effect. And as they sit lower on the hips, they’re quite good at enhancing a flat stomach as well.

But it is not just about aesthetics (well, not really). There is also the practical aspect of the pouch that cups and support your privates on the move or working out.

The practical element also leads us to the enduring appeal of the Y-front. It is a classic, almost iconic. But of course, the design has been adapted so it no longer looks as it did in Grandad’s day. With a higher leg and a more fitted cut there is some real style here, as well as the sensible bit about easy access.

In 1992 designer Calvin Klein introduced a line of men’s underwear modeled by rapper Marky Mark that have come to be known as boxer briefs. This enduring popular style of men’s underwear could be regarded as “briefs plus”. A classic boxer briefs is a mid-rise brief that extends down so it covers about half of the thigh. Some brands of boxer briefs only cover about one-third of the thigh. They provide the same amount of support as briefs with complete coverage.

Boxer briefs are a variation on the original boxer but are made from stretch fabric – often cotton with a touch of elastane, or alternatively modal, which is softer, with a silkier touch, again with a touch of elastane. The cut is generally more fitted, though by how much depends on the brand. The best styles provide more support where it matters, offer better definition behind, and are cut closer to the thigh. They are normally worn higher on the hips to show off the waistband and sit between the middle and the top of the thigh.

In truth, they work for most men, but if you have particularly well-developed thighs you might find them a bit constricting at the top of the leg and there is a possibility that the fabric will bunch up – this is bot uncomfortable and unsightly.

Boxer shorts are a style of men’s underwear that was once extremely popular, in the 1920s, that have made a comeback to the men’s fashion scene.

Boxer shorts were invented in 1925 by Jacob Golomb, the founder of the Everlast Clothing Company. Before 1925, boxers wore leather-belted trunks. Golomb invented boxer shorts with an elastic waistband to give the legs more freedom of movement, a critical feature when they were worn in the ring.

The popularity of boxer shorts soared in the 1920s until Jockey-style briefs came to the market. Since the 1920s, Jockey-style underwear and boxer shorts have been the leading contenders in the men’s underwear market, with men about the same age or in the same part of the country having a strong preference for one style or the other.

Before 1985, most of the men who preferred boxer shorts were older men who had worn them in the U.S. military, and the bestselling color of boxer shorts was white. Since 1985, boxer shorts have been available in a variety of colors and patterns and have become more popular with younger men. Currently, boxer shorts make up about 20 percent of the U.S. underwear market.

Gripper boxes feature an elastic waistband that has three or four snaps on the fly and waistband so the shorts completely open up. Yoke front boxers have a waistband that can be completely opened without any snaps on the fly itself. For men who get contact dermatitis from exposure to elastic, there are yoke front boxers with a drawstring on the side that can pull the waist for a comfortable fit without using any elastic in the shorts.

Trunks are an increasingly popular option in men’s underwear. They are a cross between a brief and a boxer brief that doesn’t have the heap of fabric you find in boxer briefs. They have a square-cut appearance and short legs. If you want to try something a little different, try trunks!

Trunks are not the same as boxer briefs. They are more of a square-cut brief, sometimes referred to just as a square-cut. A trunk is, depending on how you look at it, either a shorter boxer brief or a longer brief. Many men don’t realize that the style of underwear they wear is trunks. If the leg is short, but it’s not quite a brief, it’s probably a trunk.

Trunks have been around since 1999 when they were introduced by Calvin Klein. They have become a popular option in men’s underwear because they provide enough support and just enough coverage for casual wear. They allow a man to show off a little bit more of his sex appeal without feeling too exposed.

Trunks aren’t a good choice for playing sports, but they are a good choice when men want a balance between sexy and comfortable. They are not too short, not too long, and fully functional, with just enough coverage for the parts for which their wearers want to leave something to the imagination.

A jockstrap, also known as an athletic supporter, a posing pouch, or simply a jock, completely protects and supports the front side, but lacks fabric over the backside. The jockstrap was invented in 1874 by C. F. Bennett to provide support for bicycle delivery men, also known as bike jockeys, who rode their bikes over the rough cobblestone streets of London. Jockstraps lift the package up and away from the body for cooler and dry wear during heavy sports activity and when they are worn underneath bike shorts or uniforms.

A jockstrap has an elastic waistband. Two leg bands that fall to the sides of the glutes connect between the legs at the underside of the pouch. A classic jockstrap will have a pouch inside the front piece that can hold a cup, typically made of impact-resistant plastic. Wearers can insert cups into their jockstraps for extra protection during intense sports such as American football and martial arts.

The jockstrap was the preferred undergarment for athletic wear from the 1800s until the 1990s when more men started buying compression shorts. But jocks are cooler and allow sweat to evaporate more quickly from the uncovered back area. Their ability to prevent “swamp balls” is why they are still popular today.

In May of 1946 Paris, fashion designer released a two-piece swimsuit he called the “Atom”(Atome), the smallest swimsuit in the world. It covered women’s buttocks and navels and failed to capture much attention. In July of 1946 designer, Louis Réard introduced a new, smaller design that exposed a woman’s navel and buttocks he dubbed the “Bikini”, after the atoll that had recently been the site of the world’s first publicly announced test of a nuclear bomb. No runway model would wear a bikini in public, so Réard hired a nude dancer to wear the first bikini at a fashion show.

Bikini briefs usually designed without flys or waistbands. They are mostly used for recreation and sunbathing, although they are often part of a bodybuilder’s uniform. Bikini briefs have more material than a jockstrap of a g-string, making them more acceptable for popular wear. Most of men usual wear for tanning.

Bikini design has not changed much in the 74 years since they came on the market, but comedian Sasha Baron Cohen recently made his take on the bikini famous. Cohen’s mankini is a sling bikini for men that stretches to the shoulders and leaves the hips and glutes bare. The microkini uses wire or adhesive to cover just enough of a man’s private parts to meet requirements of laws prohibiting public nudity and is used as an alternative to total nudity.

G-strings are pretty much the “bare minimum” of men’s underwear. Not for the avid athlete or the faint of heart, a G-string comes with a thin piece of fabric that connects a pouch to the waistband. The buttocks are left fully exposed. Men who don’t want to “go commando” under tight-fitting jeans may prefer to wear G-string underwear, as many men for whom underwear is an important lifestyle statement.

Also known as thermal underwear and long-johns, men’s long underwear has an interesting history. Long underwear originated in the nineteenth century as underwear for women seeking less restrictive undergarments. It was part of a one-piece garment known as a union suit. The concept caught on for working men in the twentieth century.

Long underwear gained popularity among men who work outdoors for its thermal qualities. Also popular was its rear flap, known as a fireman’s flap, or drop seat, aor access hatch. Long underwear today is most sold as two-pieces, top and bottom, and features lightweight, form-fitting fabric that wicks moisture away from the skin. Long underwear keeps me warm in cold weather and is a conversation starter when revealed indoors.

Everyone wants to know who the new boy on the block is – What is a Tanga Brief? Revive Classic Men’s Brief The traditional ‘tighty whitie’ has now been tweaked and redesigned so much by underwear brands over recent years that it is almost nolonger recognisable. Lower rise waistbands, higher cut legs and fitted styles... 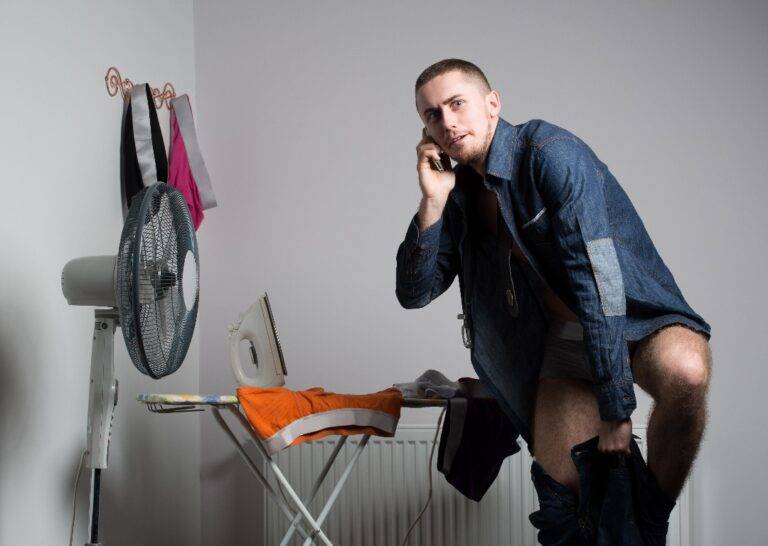 Things to Know Before Going Commando

Taking off your underwear is liberating. Your balls can finally breathe! Surveys show that between 5% and 7% of men don’t wear underwear at all. And they just might be onto something because going commando can definitely be beneficial. It can allow more air circulation, lower the risk for infections,... 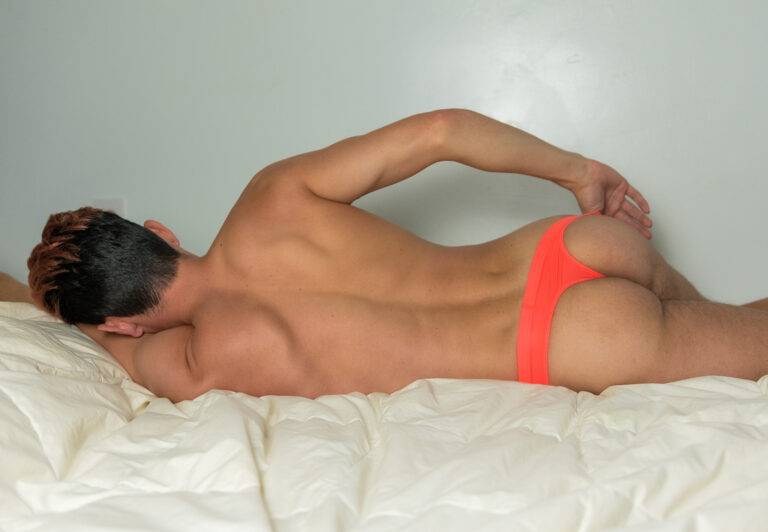 When people hear the word “thongs,” most of them automatically think of women’s underwear. Some are not aware that men’s thong are also available. Not only are they accessible, but they are gaining in popularity. More and more men are opting to wear this type of underwear. Thongs offer many benefits to...

Everyone wants to know who the new boy on the block is – What is a Tanga Brief? The traditional ‘tighty whitie’ has now been tweaked and redesigned so much by underwear brands over recent years that it is almost nolonger recognisable. Lower rise waistbands, higher cut legs and fitted...