Everyone wants to know who the new boy on the block is – What is a Tanga Brief?

The traditional ‘tighty whitie’ has now been tweaked and redesigned so much by underwear brands over recent years that it is almost nolonger recognisable. Lower rise waistbands, higher cut legs and fitted styles are now more in fashion. But it isn’t just the features of the underwear that are changing. There are also some new hybrid styles that have appeared. One such style is the mens Tanga Brief.

The Tanga Brief is already a popular female style. However, the style has now crossed over into men’s underwear. Male Tanga Briefs have similar characteristics to their female counterparts. There is a minimalistic approach to the design. Although a Tanga provides more coverage when compared to a thong, g-string of jockstrap. The front and back are both covered and they are joined by just the waistband. So there is no side material around the legs and thighs. The front and back material on a female tanga may simply be joined with just a string but mens Tanga underwear tends to be joined with a normal full size elasticated waistband, giving a more masculine look. The front pouch is usually cut into a triangular shape, like a jockstrap pouch.

WHAT ARE THE BENEFITS OF A TANGA BRIEF?

Greater comfort: Some guys prefer a Tanga Brief because the lack of side material provides more comfort. There’s no material to ride up the legs. That’s less chafing.

Easier movement: The lack of side material allows the legs to move more easily so a Tanga Brief can be a good option for sporting activity. It can also be a good alternative to a jockstrap if you’re a little embarrassed at showing a jock in the changing rooms or if you find the straps on a jock to be tight and uncomfortable.

Better fit: You may find that the leg openings on standard underwear don’t stretch well around your legs comfortably. Perhaps you’ve got naturally larger legs or thighs. Or maybe you’ve been hitting the legs in the gym. Removing the side material on the brief will resolve this problem entirely, giving you a better fit.

There are so many different types of men’s underwear, choosing the best style for you is not necessarily the most straight-forward task. And wearing the wrong pants can just as easily spoil your day. All that squirming and itching is very uncomfortable. The dilemma is knowing where to start your search. Of course, we reckon...

When people hear the word “thongs,” most of them automatically think of women’s underwear. Some are not aware that men’s thong are also available. Not only are they accessible, but they are gaining in popularity. More and more men are opting to wear this type of underwear. Thongs offer many benefits to the men who dare to... 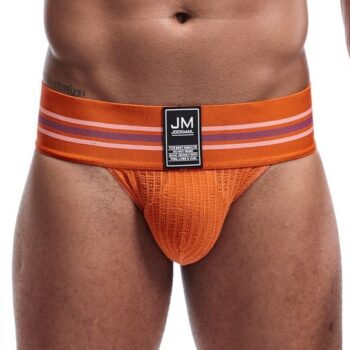 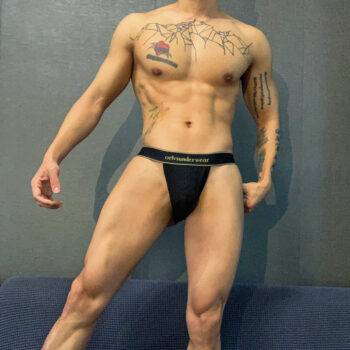